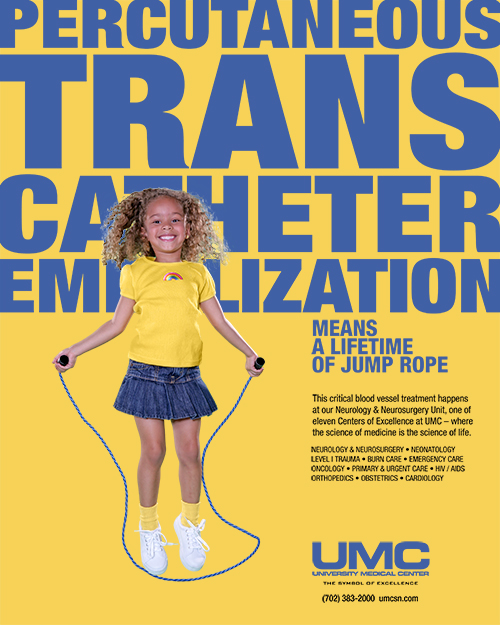 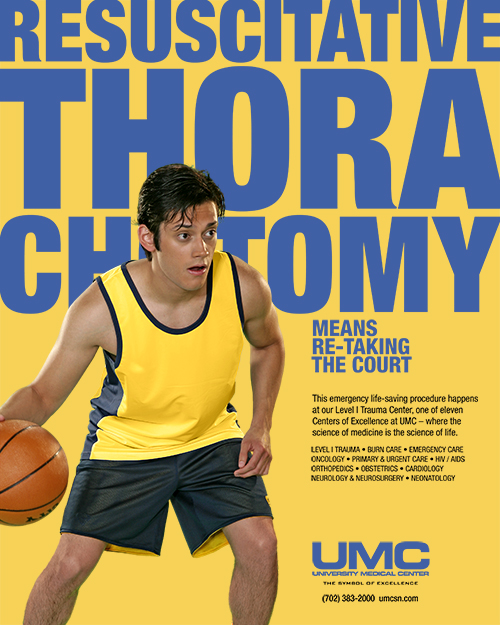 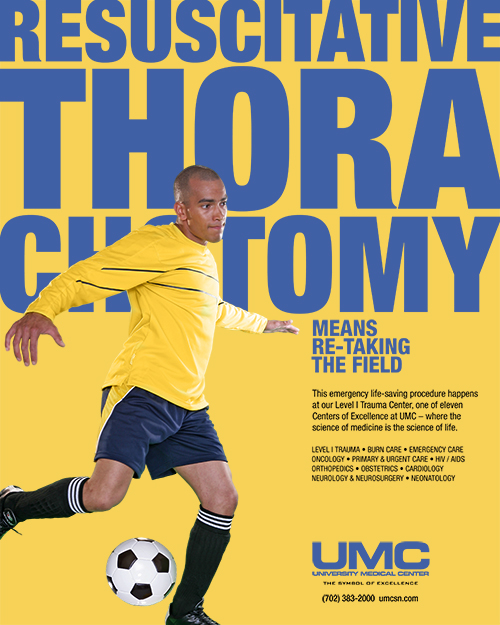 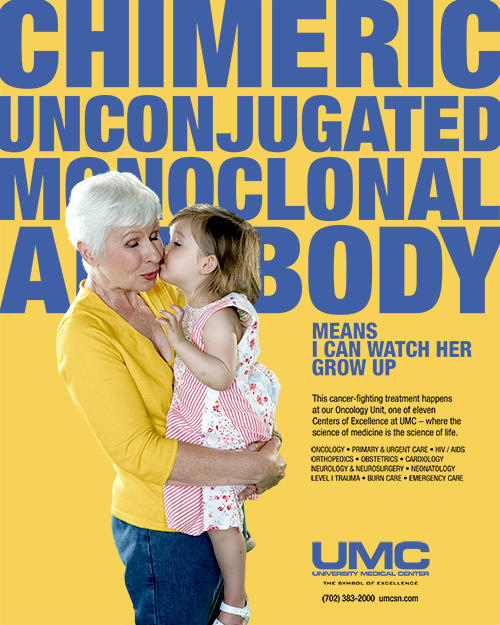 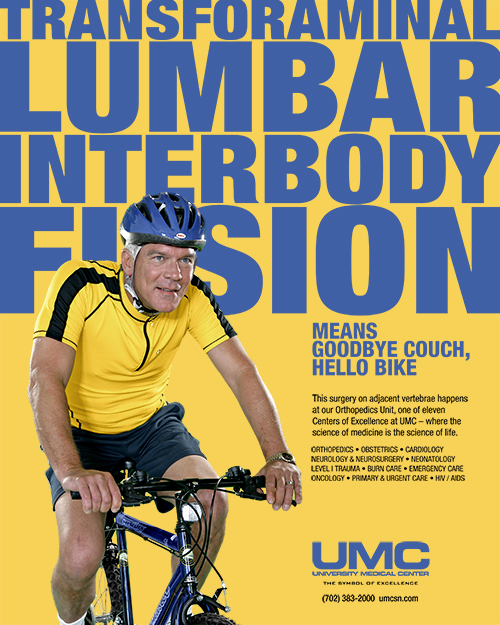 
For their second campaign, I wanted to do something eye catching to promote UMC’s Centers of Excellence. Copywriter Chris Smith had written a series of medical procedures, and I wanted to show that despite the magnitude of the procedure, it was something the patient not only survived but thrived because of. By taking a shot of a person and making them big, blocking the head (which was the procedure), it showed they were bigger than it. The challenge then became creating a spot which highlighted the 11 units in an interesting way. Chris Smith, the copywriter, and I sat in a room trying to think of how to portray such disparate specialties as Oncology and Obstetrics.

A big fan of the Teen Titans TV show, I suggested we try mimicking the intro of that show with dynamic type and visuals. We hired Shilo, a production house in New York, and shot four spots on green screen which were composited into the graphics-heavy spots.

When the videos were finally done, I discovered a random sync with a not-very-appropriate song.