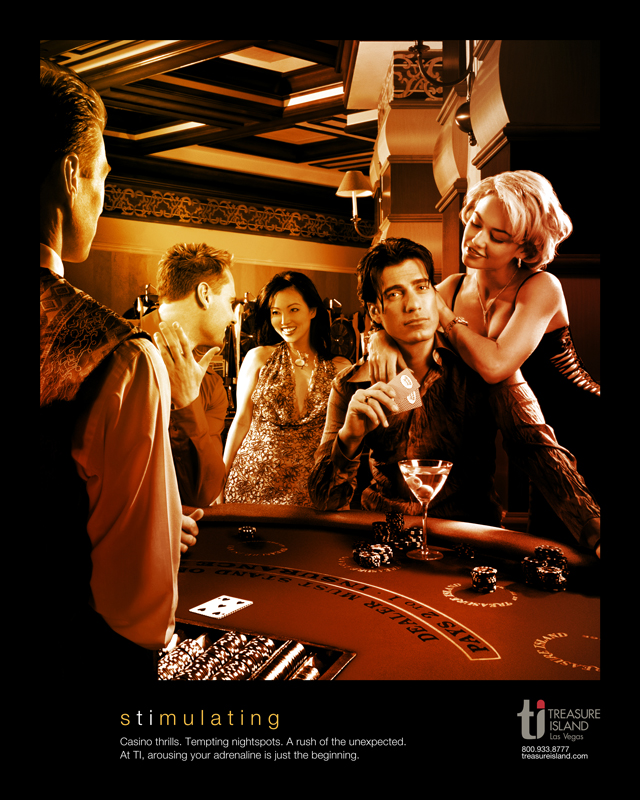 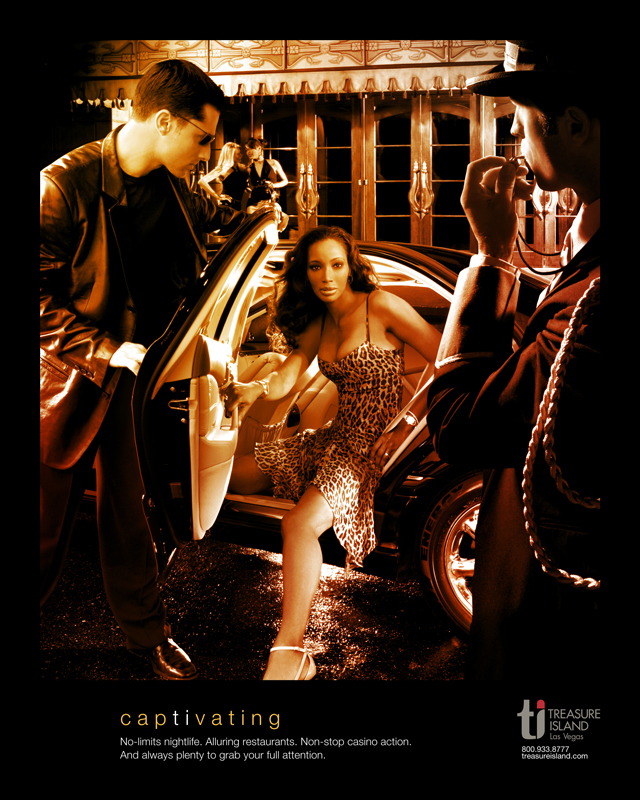 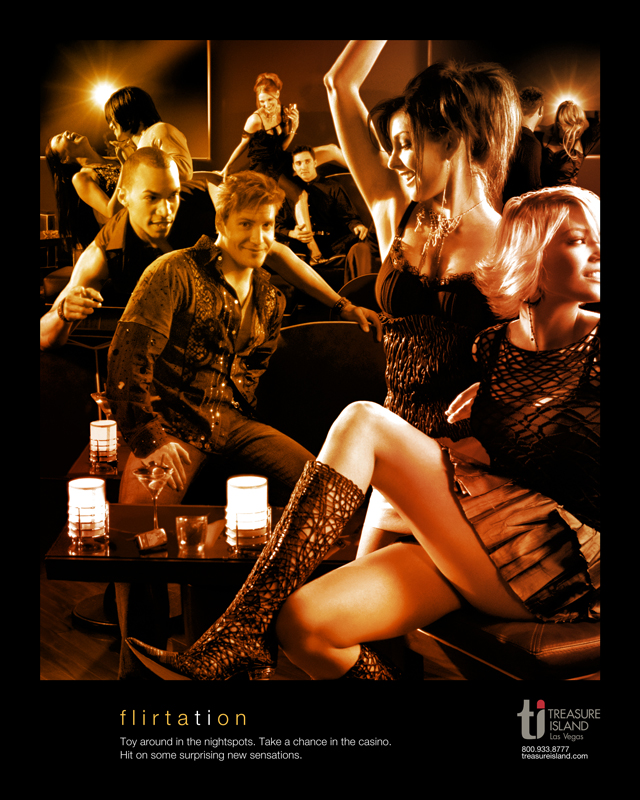 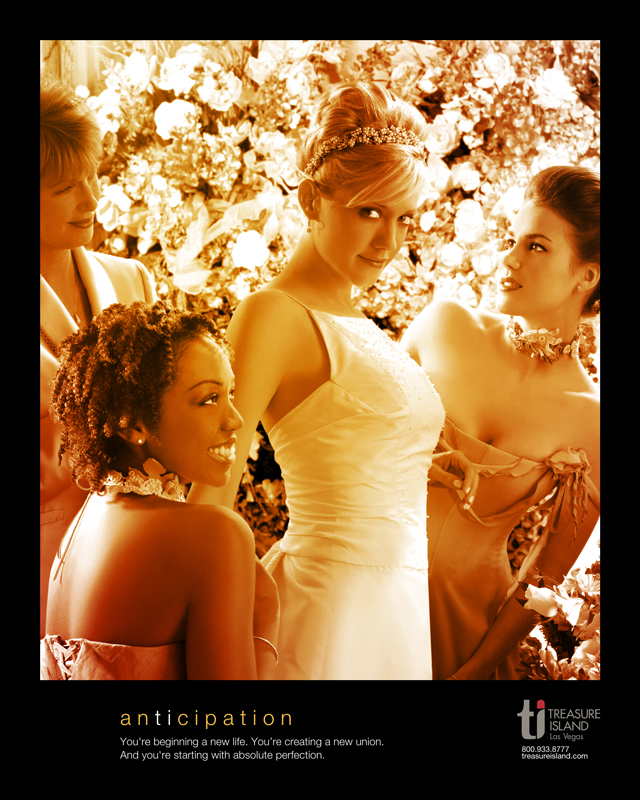 
After a new president was hired at Treasure Island, he wanted to take the property in a more adult-oriented direction, eschewing the kid-friendly pirate battle in favor of sexy Sirens. For the rebrand, I proposed a direction more akin to advertising scotch than a resort. I wanted to play off the line “No man is an island,” depicting a very upscale, stylish person surrounded by luxury. And drench everything in an scotch hue.

Probably the most exciting part was the casting. I had a detailed sheet of every “role,” complete with nickname and bio. I was pleased when, a few years later, the woman in the blackjack photo was cast on Nip/Tuck. Yep, that’s Kelly Carlson.

The biggest challenge was compositing the images into a scene. Even though the talent was captured in every shot, dozens of selects were masked and composited. Body parts were replaced. Walls were created. Practically everything was changed and refined. It was a puzzle handled by Lee Land.