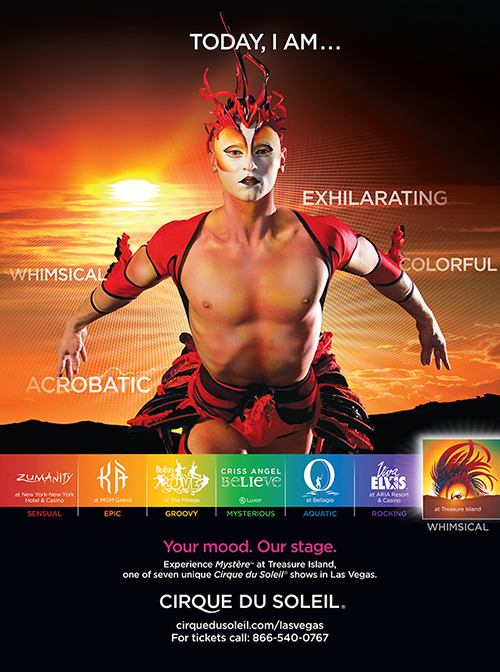 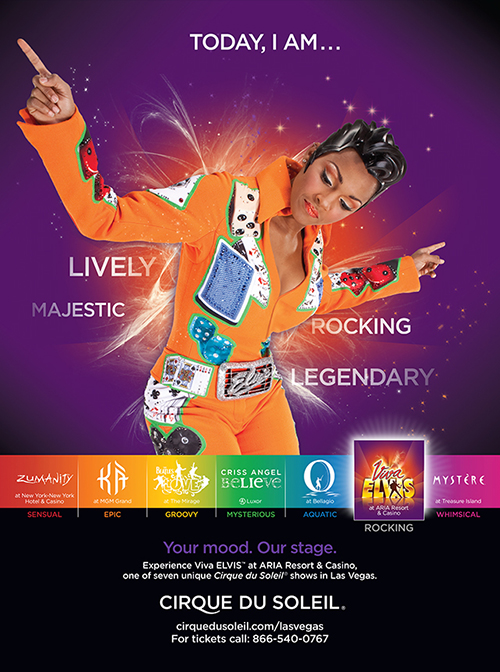 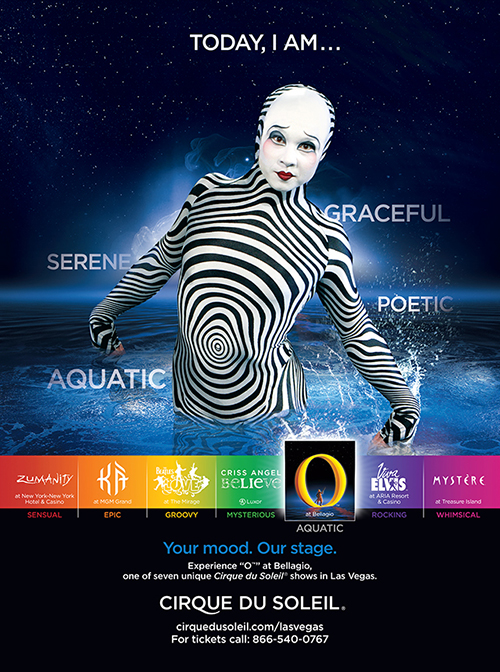 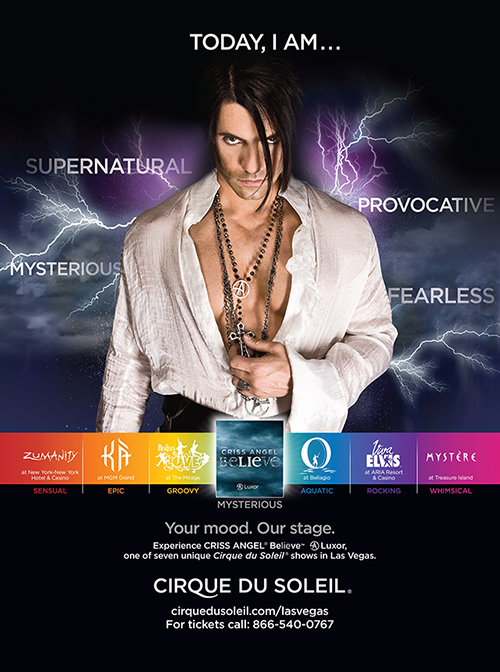 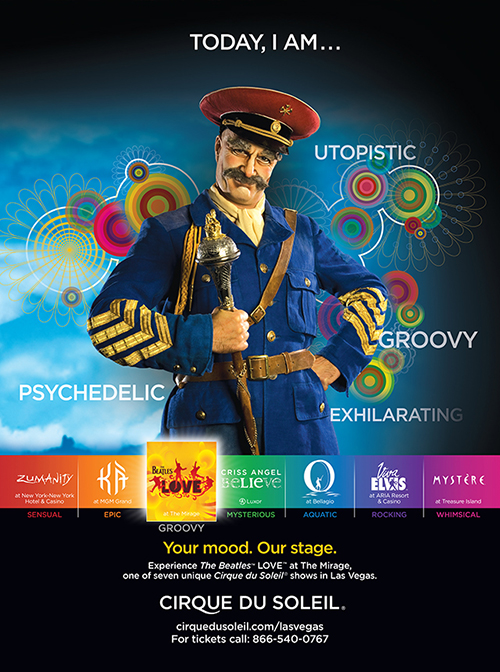 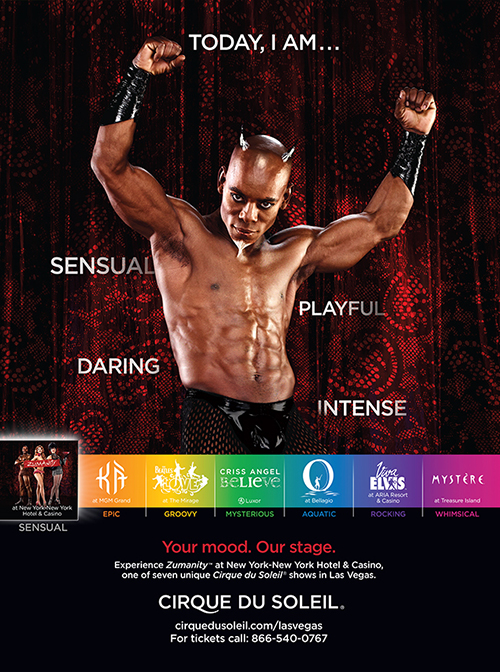 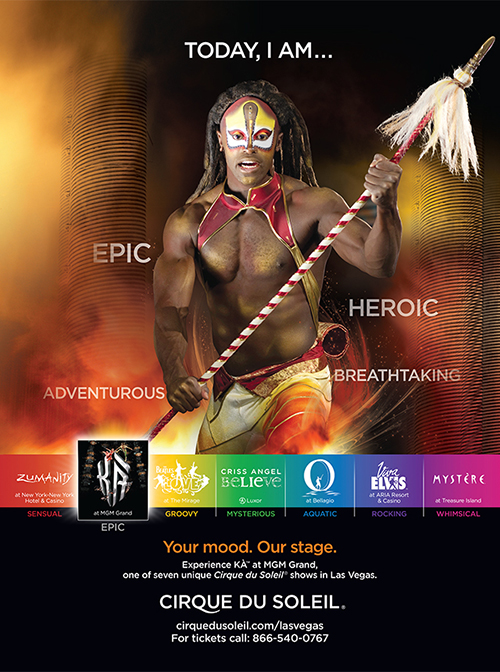 
It was an unprecedented opportunity when Cirque do Soleil asked the in-house team work on an umbrella campaign for all of their Las Vegas shows. It made sense, since all but one was at an MGM Resorts property. In any event, I teamed up with Chris Smith to create a series of ads using a “mood ring” idea to give a color to each of the shows. I created the “mood band” with each of the shows represented over a hero image (we had been promised a photoshoot but ended up having to use existing assets) which Chris added his words to: originally, just one line: “Today, I am…” with an adjective for each show. The client felt each show couldn’t be summed up with just one word, so multiple adjectives were added (less is more!).