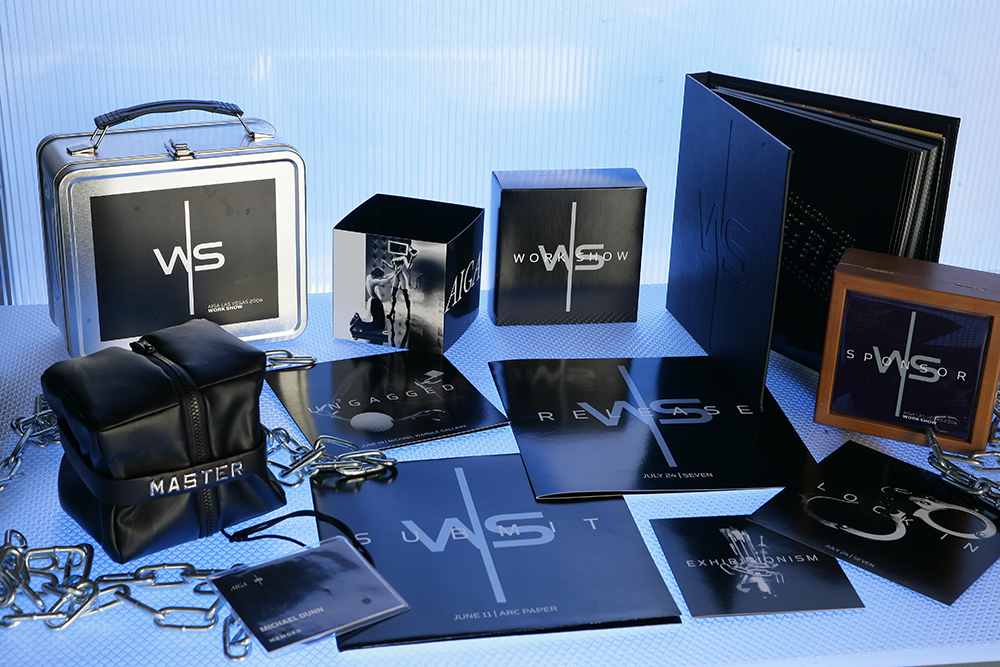 With the 2004 AIGA Work Show, I created a monster. In total, there were over 20 elements created for the event (and the events leading up to the actual show). The theme was bondage-related, but meant to be more of a nod at the suffering artists do for their work, the talent, the passion, the drive... and untlimately the fact that it is work for a client, one that can destroy you or make you their slave.

The two major ifluences for the look of the collateral were Alien and a Dior campaign that was running at the time. I wanted everything to have a sparse, slightly sci-fi look with antiquated technology and lots of latex. 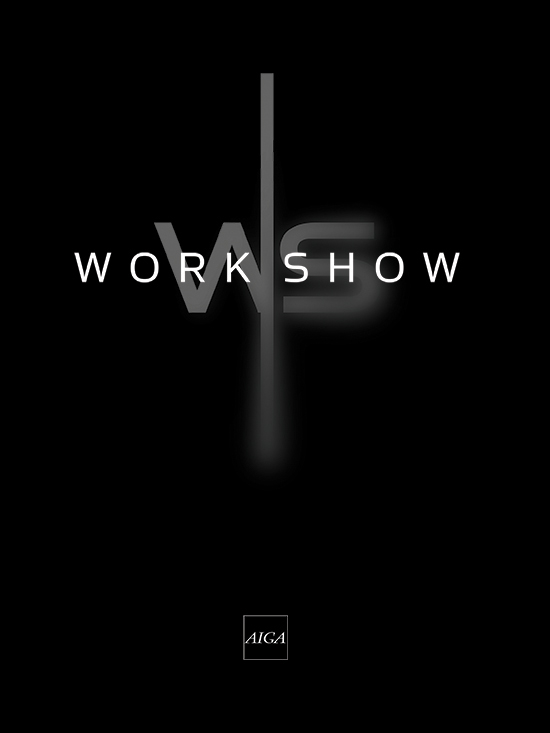 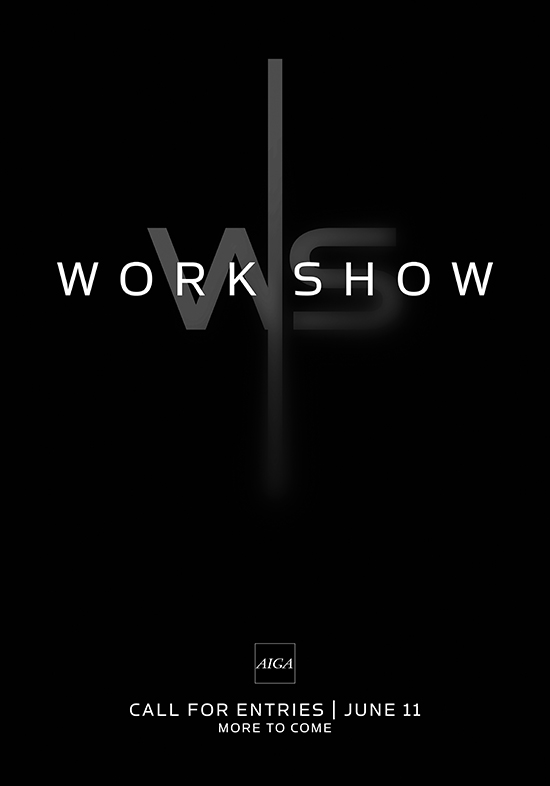 The first pieces were teasers to help attract sponsors and to get the word out to members. The blur on the logo was meant to suggest that it wasn't fully formed yet, still coming up from the ether. I put too much thought into these things. 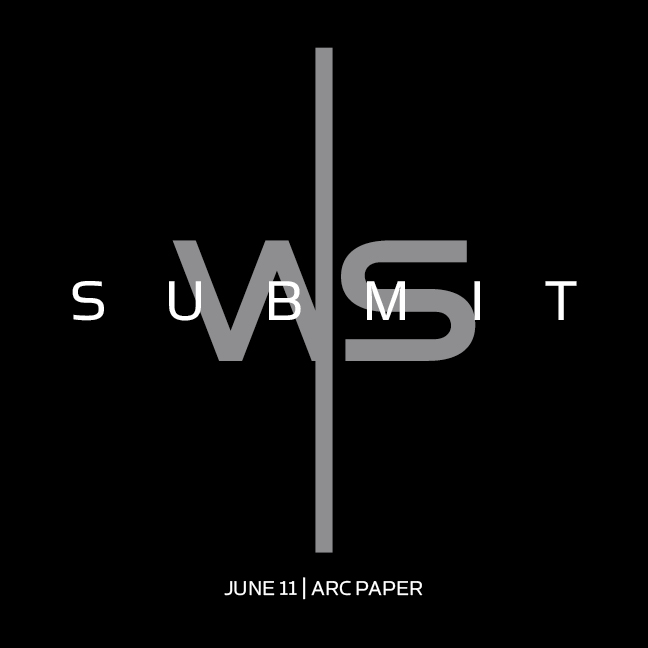 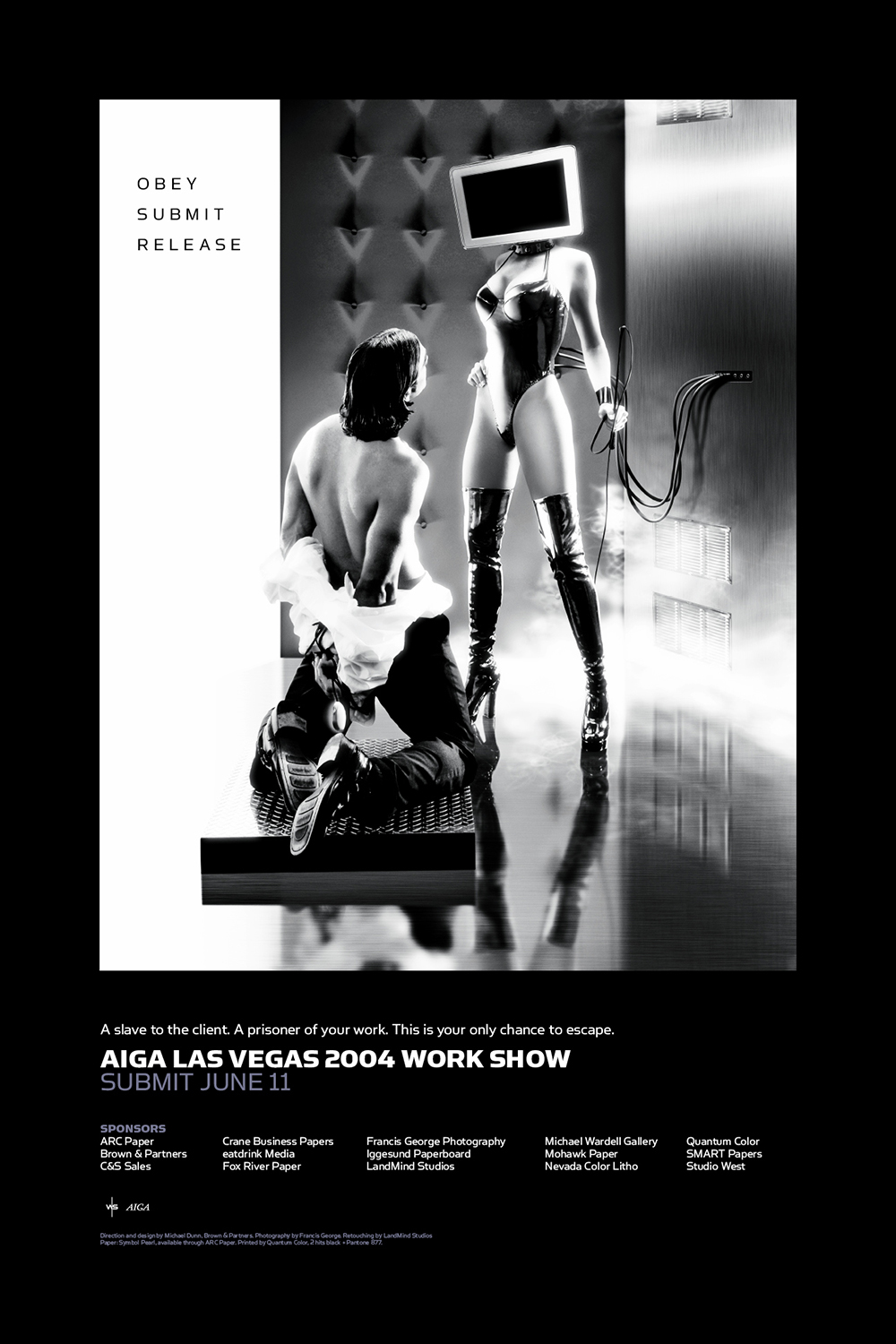 Next, the official call for entries went out. A 9x9-inch piece that unfolded into an 18x36-inch poster featuring the "Submit" image.

Now's as good a time as any to discuss the photography. I enlisted Francis (who's no stranger to images that push the envelope. We built the set (only to have most of it digitally recreated) and shot the photos (later to be heavily retouched and made into silver-black duotones). 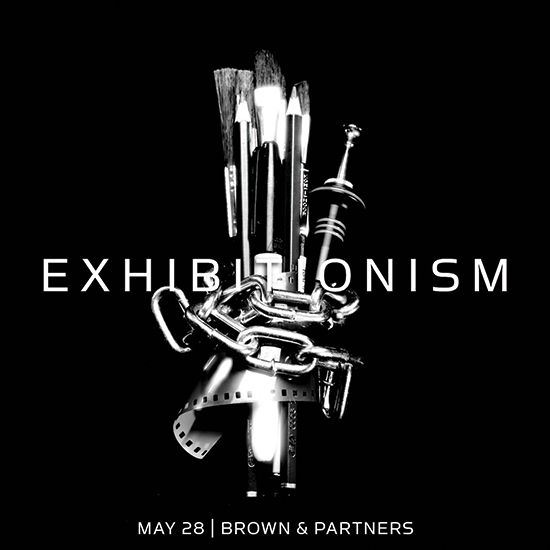 I wanted to get the members involved and show off personal work they've created. The boxes filled with cards that had the artwork on the front and credits on the back were used as a VIP invitation as well as giveaways to sponsors and others. 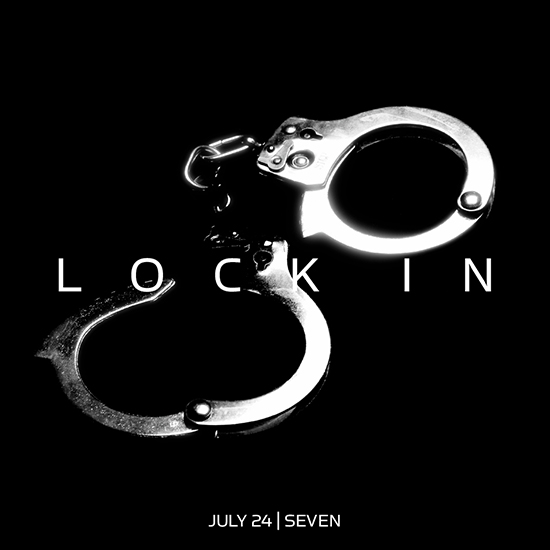 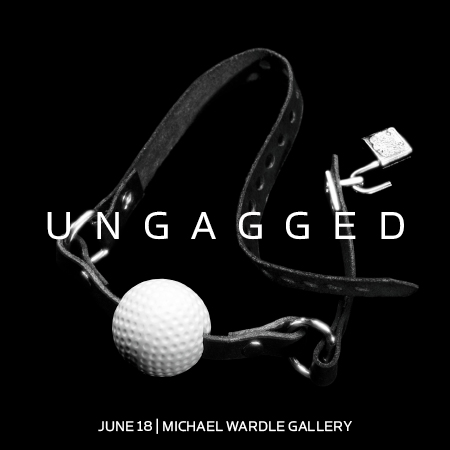 Continuing the play on words, Lock In was the save the date card that went out while the photography was being finalized.

Ungagged was the Judges' Speak—an event where members are invite to hear the judges speak, not about the work but the industry, their work, etc. A piece entitled "The Morning After" was planned to include judges' comments on the work as well as interviews with the winners; however, due to budget, it was cancelled. 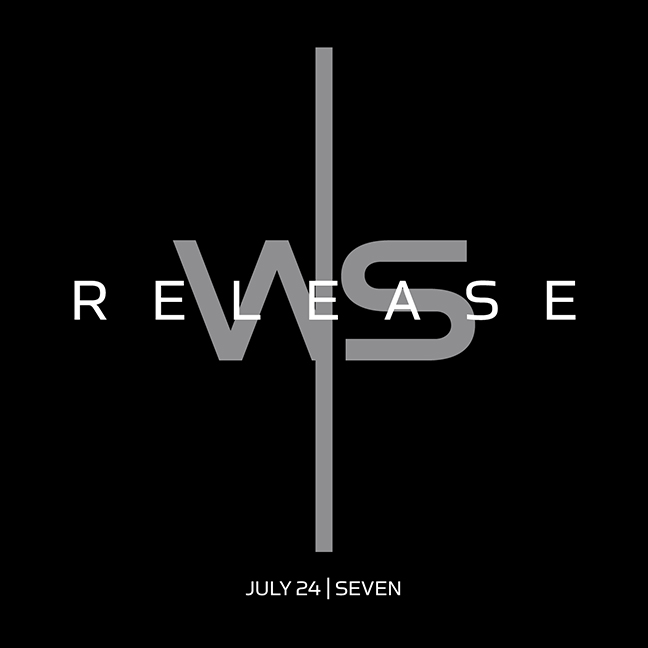 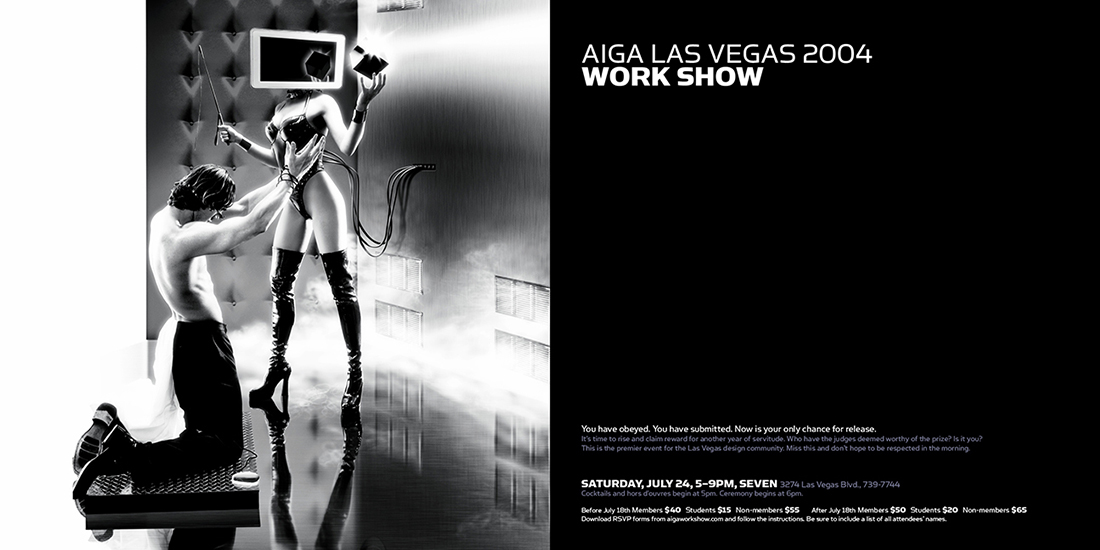 Release, the final invitation, was another 9-inch square piece. I'd originally wanted all of the collateral to be a 12-inch square. Why? I love squares — it's a thing of mine. And a 12-inch square is just like an album cover, y'know, vinyl. And though it's hard to tell from the pictures, everything was printed with metallic silver and two hits of black. 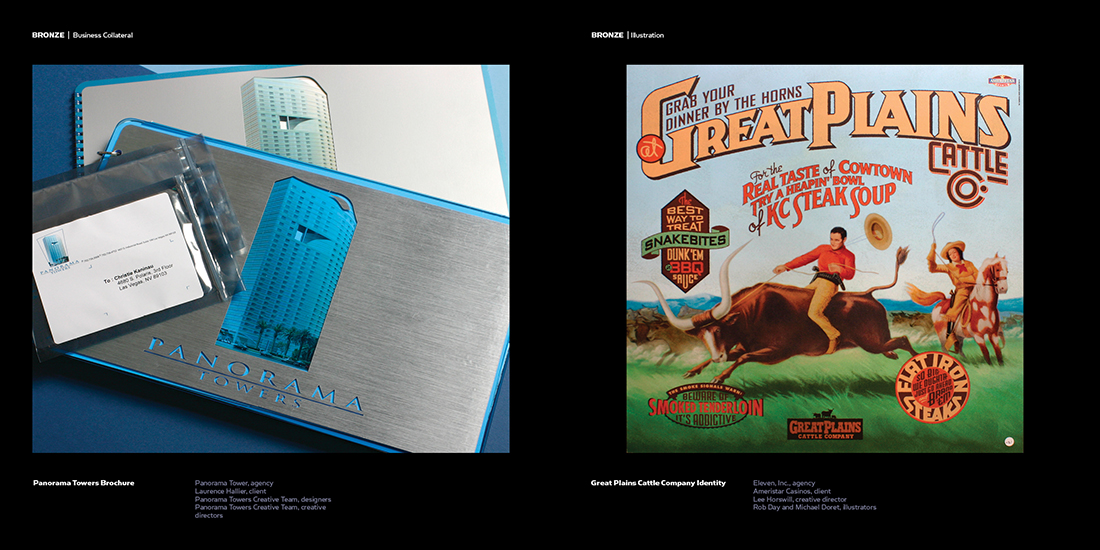 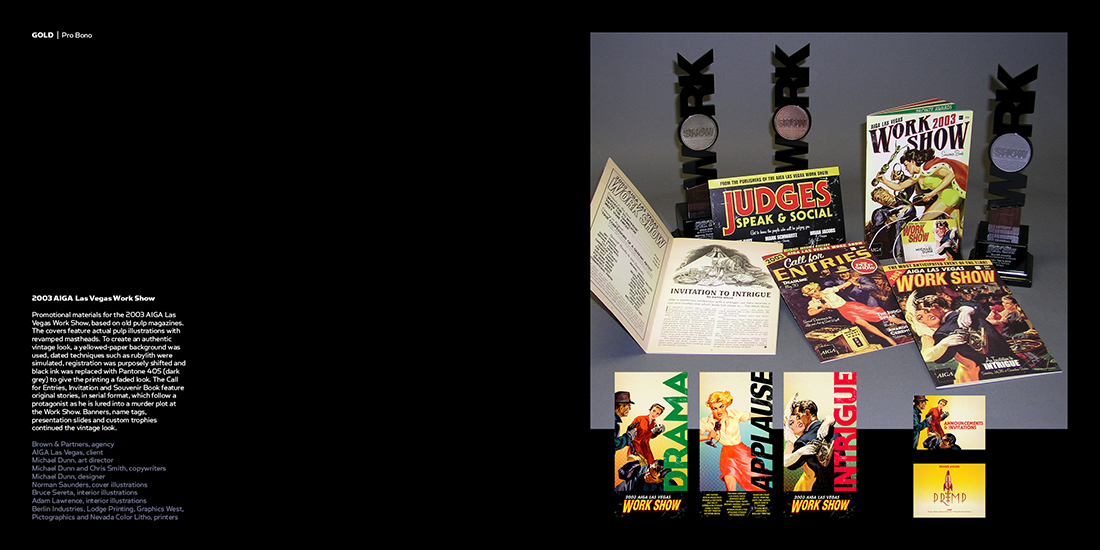 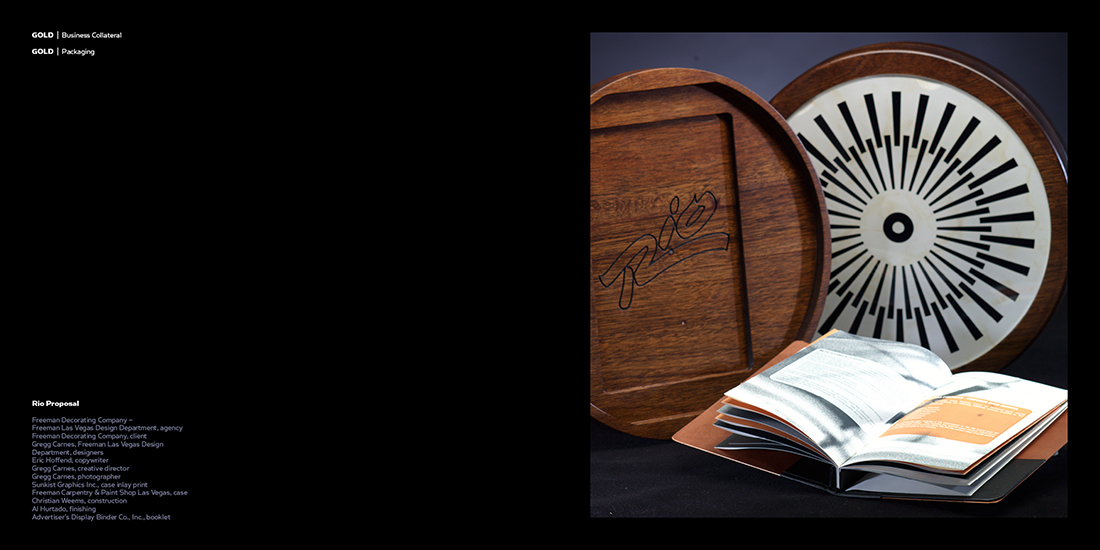 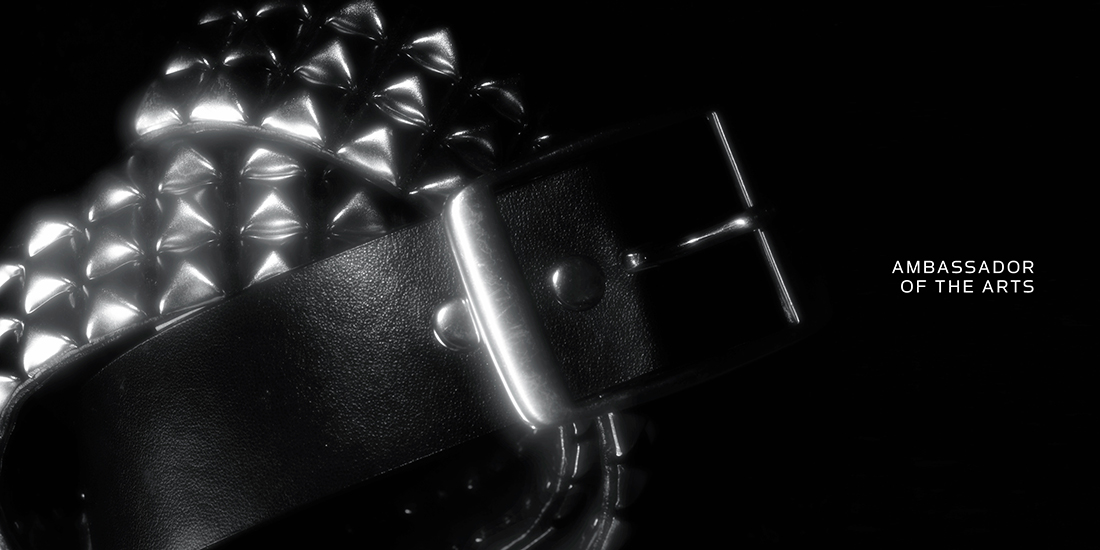 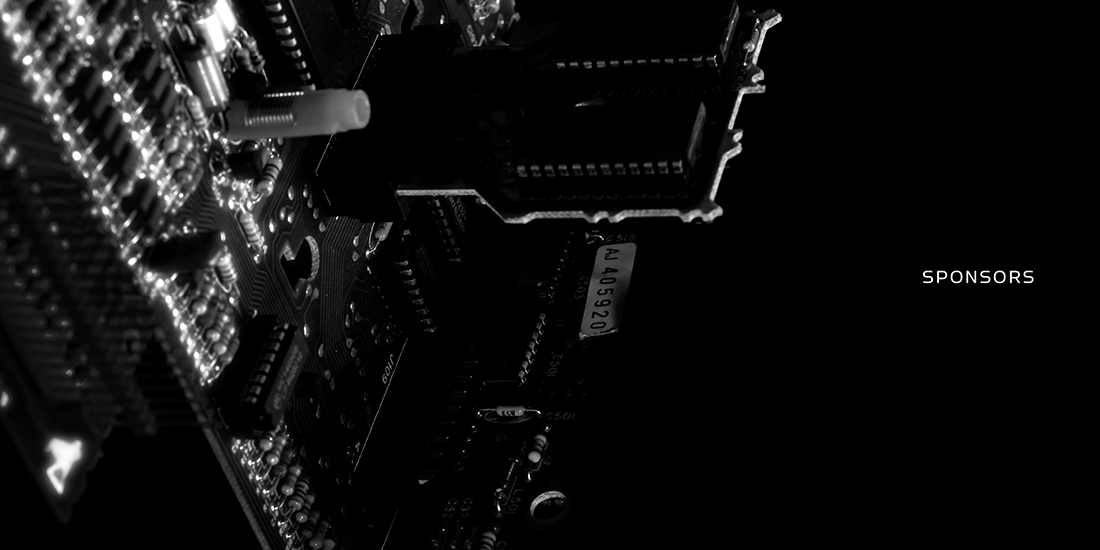 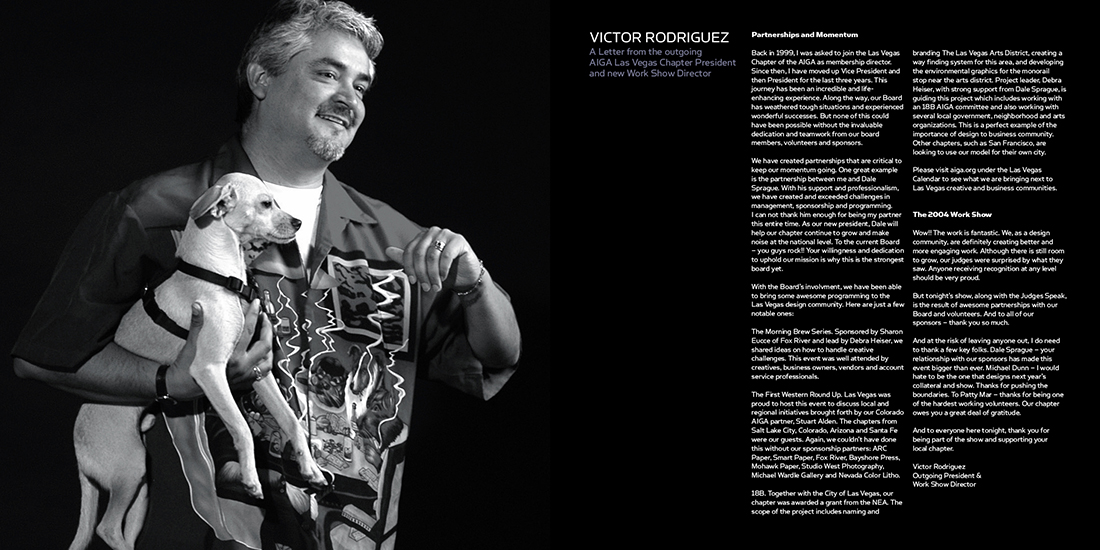 "Domination" was a faux-leather-bound souvenir book clocking in at 192 pages. I wanted to highlight the winning work as much as possible, so each silver and gold winner had a full spread while bronze winners had one page.

There were a number of other sections besides the winners. The judges each had a spread with some insights into the judging, the judges speak and their comments. A section on some of the AIGA LAs Vegas board members, sponsor ads and an overview of Exhibitionism with some of the entries highlighted.

"Foreplay" was a short film I directed that opened the show. I'd been dying to make movies since I was a kid, and this was the perfect opportunity. The Alien influence is pretty evident here with the retro computer screens. We shot it in Francis George's studio with no money (the smoke that shows up in a few shots was me blowing cigarette smoke from just out of frame) and Adam Lawrence and Blake Beynon edited it and added the effects.

With the previous year’s show under my belt, I got really ambitious for another AIGA Work Show. This time the theme was a little racier. I took the idea of submitting work for the show to a different kind of submit, opting for a bondage-themed program. A bit of glamour, some sci-fi, and an expansive set of collateral was born.